We here at the RateNow Get Loud blog will, from time to time, share thoughts that are personal in nature, rather than business or marketing or texting focused.  We do this for the following very important reasons:

So, with that disclaimer, on with the first chapter of the Get Loud Shmarmy Personal Post series. 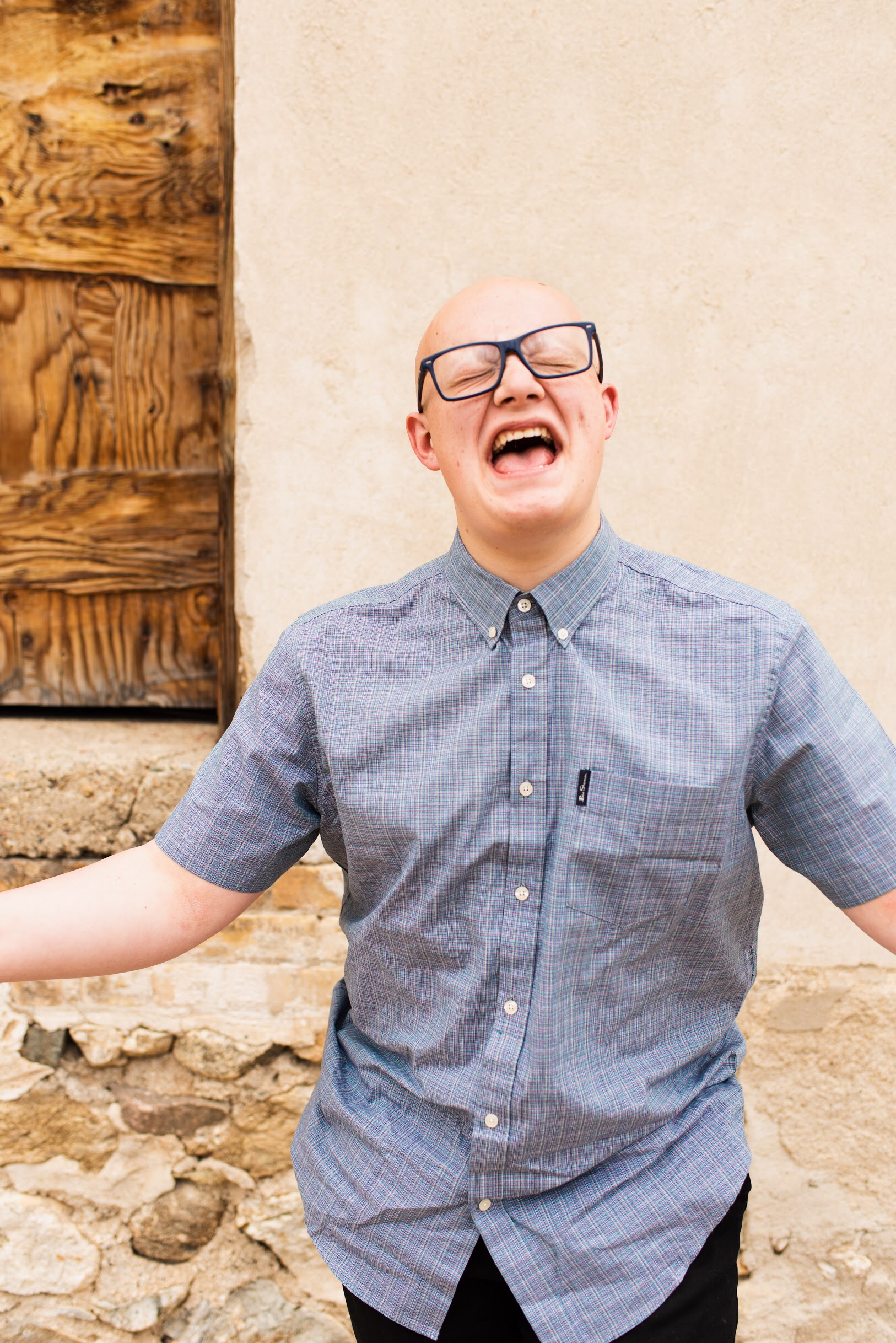 We took our oldest to college yesterday.  He’ll be studying something with a frightening amount of math at Southern Utah University in Cedar City, Utah.  If you are unfamiliar with Cedar City, Utah, here’s a brief list of bullet points that will help you know the place:

But, in all honestly, there’s a certain charm in Cedar City, especially now that we have flesh and blood claiming residency there.

His name is Brigham.  He was born in 2001.  He’s now in college.  And yes, you’re getting old.  However, with all of the feelings floating around right now at RateNow HQ as thick as pheromones at a Zac Efron movie, we won’t get into too much detail about his life, except those points that are relative to the point of this post.

When he was in 7th grade, Brigham got alopecia. At first glance at the word Alopecia, you may think by this diagnosis that he was turning into an alpaca.  Common mistake, but, like the exact opposite.  Rather than growing the thick, verdant coat of a South American camel, Brigham instead started to lose his hair.  All of it.  Gradually.  It started with his eyebrows, so he looked like an alien.  Over the ensuring months, it was little piles of hair on his pillow every morning.  Then, he started to be able to pull his hair out in chunks.  That’s alopecia.  It’s some kind of auto-immune thing where your immune system attacks your hair follicles, and you end up looking like a very well-shorn sheep.

Throughout these months of losing his hair, Brig would go to a dermatologist and get steroid shots to stimulate hair growth.  Shots.  With a needle.  In his head.  And in his freaking eyebrows. Shots.  These were not an unpainful thing.  Also, they didn’t work.  The hair just kept falling out.  Finally, he had enough, and in 8th grade, he shaved his head. It was a frightening day, but so incredibly awesome.

Imagine being in 8th grade.  Perhaps the worst year nature could possibly bestow upon humanity, designed by the same engineers that came up with the ironing board.  Now, take that year, and then go to 8th grade bald.  That was Brigham.  Bald in 8th grade.  Every day.  As hairless as a hairless cat, but much cuddlier.

Then, for 9th grade, we decided to move, so Brigham had the wonderful opportunity to attend a new school! 500 new awkward teenagers to impress! Bald! Yay!!! Thanks, Mom and Dad!

Then, for 10th grade, he started high school, so another new school! 1,500 new awkward teenagers to impress! Bald! Yay!!! Thanks, Utah Board of Education!

Then, at the end of 10th grade, Brigham’s little brother got diagnosed with Leukemia! So he went bald, too! Yay!!! Thanks, weird random crappy disease!

The point is this. Brigham went through some crap.  Like, everybody’s got crap, every kid growing up grows up through opposition, every adult deals with the stuff that happens in life on this globe. Not many of these challenges are as public as being bald, but everybody’s got stuff, and none of that stuff is exactly a carnival.  Most of it is more like a Rotary Convention.

So, there were and are difficult times growing up as a bald kid. There are very difficult things about having a sibling with cancer.  He’s noticed every single time he goes into a room.  He can’t hide.  He’s known for not being able to grow hair. He’s an easy target for idiots like the kind of people who argue about politics on Twitter. He’s endured nonsense like being called Charlie Brown by a bunch of idiots a couple years younger than him. He knows the fear of visits to hospitals, of being at the mercy of medicine, of watching a loved one go through a very difficult fight. He’s had to regain his confidence over and over and over.  Like all of us, he’s still finding himself. It’s been a ride. 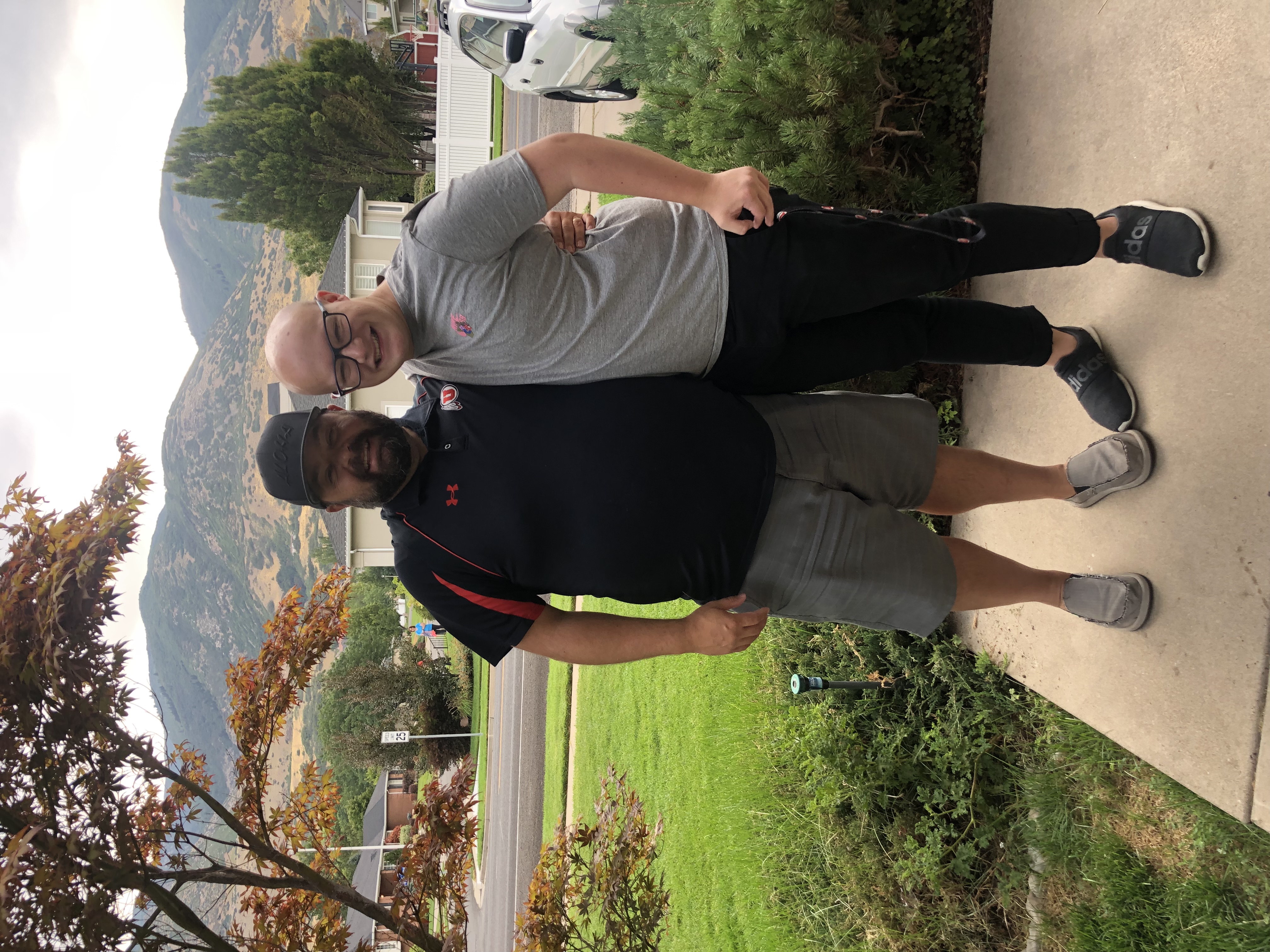 The thing is, Brigham became something awesome through all this stuff.  He has depth and perspective.  He’s got wisdom that is only won from trial.  He’s got compassion and kindness oozing out of everywhere. He is a light to the people around him. He’s responsible and intelligent. And he just keeps going.

So, he’s started another new school! 10,000 new awkward adults to impress! Bald! Yay!!! Thanks, societal pressure and wanting to have a life and a career!

As we dropped him off and drove the few hours back home, it was really easy to get nostalgic and reflective.  You drop a kid off at college, and your family life changes, and something that’s been pretty sustained and consistent for 18 years changes, and you’re pretty sure it’s never going to be the same.  And you get full of emotions and full of questions.  Not overwhelmingly sad, really, but not totally happy.  Incredibly proud, with just a little fear or regret mixed in. A tiny bit of bitter with a whole lot of sweet.

As we made our way through rural Utah (redundant!), back to Brigham’s past residence but his always home, I think what I felt really comes down to this:

And also, you should probably be texting with your customers.